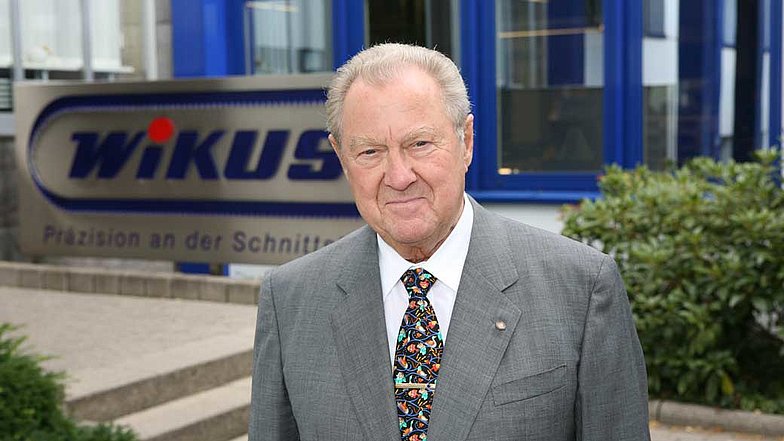 Wilhelm H. Kullmann, awarded the First Class Order of Merit of the Federal Republic of Germany honorary citizen of Spangenberg

On the death of Wilhelm H. Kullmann

WIKUS – The Establishment of a Family-Run Business

Over the course of 60 years, a small firm employing three people has grown into a company of international importance. Today, WIKUS is one of the three biggest band saw blade manufacturers in the world.

This success was due to Wilhelm Hubert Kullmann, businessman and company founder, who was born in Weidenau on 5 November 1928. He and his siblings grew up on their parents' farm in Weidenau in the Vogelsberg region.

Wilhelm Kullmann finished his compulsory education at the age of fourteen and began an apprenticeship as a locksmith; this only lasted four weeks. By chance, he then found a position as a business administration apprentice at the saw factory FLAMME in Fulda.

In 1950, just as soon as he was a fully-qualified business administrator, young Wilhelm Kullmann decided to move to Spangenberg with the firm intention of setting up his own company. Together with Mr Weisel, he founded the company WESPA. However, Wilhelm Kullmann recognized the potential offered by the further development of metal cutting band saw blades – and therefore decided to strike out on his own in 1958. This was the beginning of WIKU, and of his very own success story.

In Spangenberg, he met Erna Jaskula, the love of his life. They have been married since 1955. Erna Kullmann actively supported her husband as he built up his three-man business WIKU. She also looked after their sons Rolf and Jörg, born in 1956 and 1959, respectively, and after Jörg's birth, she also managed another small family-run enterprise.

Both sons joined the company after their graduation from university. Since Rolf Kullmann's tragic death in 2006, Dr Jörg H. Kullmann has headed the company WIKUS as its CEO and managing partner. However, the third generation of Kullmanns is already involved in the fu-ture development of the company.

Prominent Businessman and Humanitarian
Wilhelm Kullmann was a prominent businessman with strong local roots, a paternal boss, a cheerful soul, a passionate hunter, a nature lover and a philanthropist. He is a humanitarian; a popular man whose word counts for something, as many of his friends and the people he does business with can confirm.

Wilhelm H. Kullmann's Philosophy
Wilhelm Kullmann's life has always revolved around his family and friends. His credo: “If you have friendships, you must invest in them. You can have friends, but you must also be a good friend. I can't imagine life without my friends. What would life be like without someone to share a bottle of wine with? I make every effort to maintain my circle of friends and to value them.” The company has also benefited from this liberal and open-minded approach to life.

Awards and honours
Wilhelm Kullmann's energy and commitment were never, and are still not, limited to the WIKUS company. They have been rewarded with plenty of honors as well as some awards: Wilhelm Kullmann was a member of Spangenberg's town council for four years, and a member of the executive committee and board of directors of the local savings bank Stadt-sparkasse Spangenberg for 35 years.

Following its merger with the district savings bank Kreissparkasse Melsungen, he was a member of the advisory council for another five years and also on the board of trustees of district savings bank Kreissparkasse Schwalm-Eder's foundation for the promotion of arts and culture. He has been a member of the Rotenburg-Melsungen branch of the Rotary Club for more than 35 years.

He supported UNICEF's work for many years. In 1993, he received an honors award from the town of Spangenberg. In 1999, the German federal state of Hesse awarded him an order of merit. The hunting association of the federal state of Hesse awarded Wilhelm Kullmann a silver badge of honor on his 75th birthday, and the Hessisch-Thüringische Sparkassen savings banks a gold medal. In 2003, he received the Cross of the Order of Merit of the Federal Republic of Germany.

His home town also gave him the Freedom of the City, which shows just how close the ties between him and his entire family as well as the WIKUS company are with the town of Spangenberg.

Member of the Kullmann-Stiftung Foundation, Established in 2010
The foundation's head office is the so-called “Haus der Begegnung” (House of Encounter) in Spangenberg, which houses a hunting and an art exhibition and also offers space for communication – a period building in the historic center of Spangenberg was renovated for this purpose with funds provided by the foundation.

Chairman of the WIKUS Saw Factory Supervisory Board
Wilhelm Kullmann was the chairman of the company's supervisory board until late 2016 and has been its honorary chairman ever since, even though he is now officially retired.

On Christmas eve day, December 24th, 2019 he died at the age of 91.
With him we are losing a leading company personality. 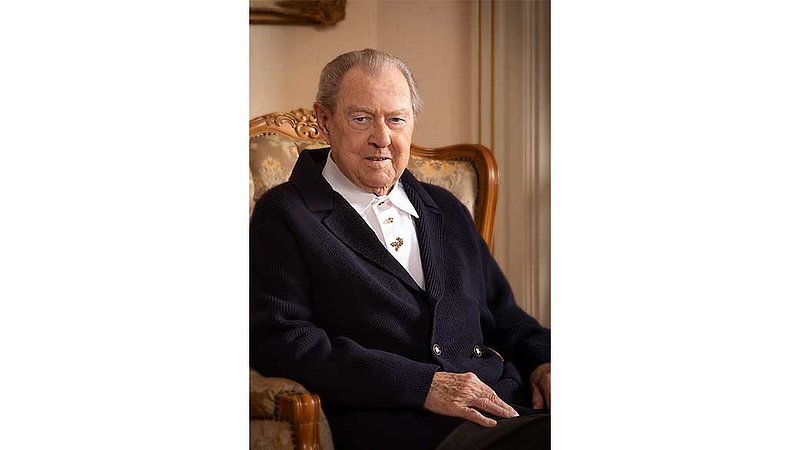 We have to say farewell to our founder and senior chief. 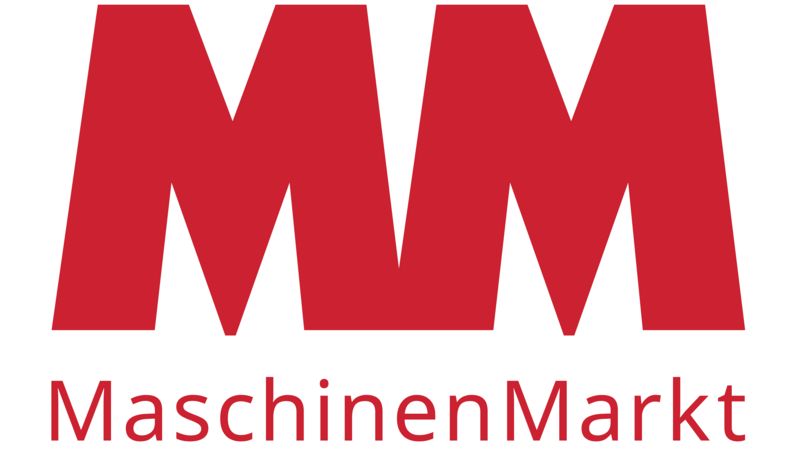 The magazine has awarded the Top 15 products in the field of cutting technology. 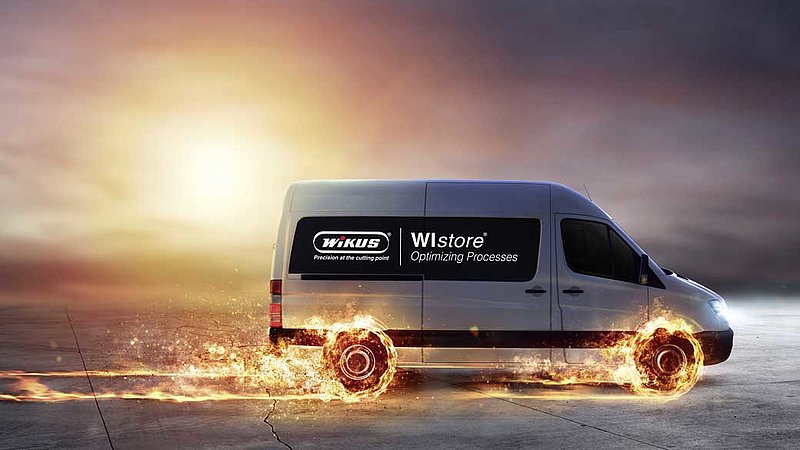 Buyers save time and money through automated ordering processes.